A radio station called 920 WON had a Doris Day tribute show. They used a lot of the already available Doris Day radio shows. For those of you who are not familiar with these shows... Give them a listen.
https://www.mixcloud.com/920WON/920-won ... r-5-17-19/

Told you I found the second part of a Doris Day radio show. It's contents are here below. I think it's nice to hear her chat with Van Johnson. They were friends. Although not much of their friendship is know. Van worked with Doris on her radio show and her television show. And the met in Cannes. Van had made a film where he wasn't proud of, the story is in Doris Day's Own Story.

Peter, and others, I thought you might be interested in a website I came across called The Railroad Hour. which has lots of old-time radio shows, including broadcasts with Doris Day.

"On October 3, 1949, one day short of a year after its first ABC broadcast and one week after its final ABC broadcast, The Railroad Hour debuted on NBC, where it would stay for the next five seasons. Three productions are posted from that season, beginning with No, No, Nanette, from November 21, 1949, co-starring Doris Day. (5) No, No, Nanette, (music by Vincent Youmans, book & lyrics by Frank Mandel, Otto Harbach & Irving Caesar), debuted on Broadway in 1925. It was made into movies in 1930 and 1940 before the Gordon MacRae & Doris Day remake of No, No, Nanette was released by Warner Brothers in 1950 as Tea For Two. Its major songs are I Want To Be Happy and Tea For Two.)......

There's more of Doris here: http://www.jimramsburg.com/apps/search? ... ris+day%22
If you search for her put quotation marks around her name "doris day" otherwise you get every page with 'day' in it!
Follow Remembering Doris Day: https://twitter.com/DayRemembering
Top

Thank you for thinking about me... Like those shows. There are two with Doris Day & Gordon MacRae: No No Nanette & Girl Crazy.

Came across this promo photo from 1947 Your Hit Parade.

I love that pic of them both.
Top

I like that photo too. There are a few more around from that same session on this forum. You can also google them online: Your Hit Parade - Frank Sinatra & Doris Day and they will pop-up.
With big help from my friend Walden Hughes we now know the content of the 1963? Guard Sessions with Doris Day & Martin Block. Doris and Martin chat about her music and then the "new" album Love Him is promoted. One of the very few programs made about Doris music, where Doris is talking about her music.

Peter, have you got a link to that Martin Block interview?
Like Irene Dunne done.
Top

Found online another AFRS transcription disc for The Doris Day radio show and bought it. I hope Karl will have the time to transfer it to mp3/wav.

Came across a lovely photo and post by Ted Nash

They made two recent Doris Day programs with a lot of Les Brown.

Finally have the complete contents of two Doris Day Shows. The Van Johnson Show was only available, part 2. But now we have the first part to.

Hi Peter, Thank you for sharing your wonderful finds of the two Doris Day Radio Shows. The audio is great. We had been treated to the Van Johnson song with Doris - "You're Just In Love" in the recent CD of lost radio songs. In any event it is great to hear the entire two radio shows. Thanks to you the contents of the two shows are now part of the Doris Day Definitive Discography. Thanks again, Texas Gonzalo
Top

Musiclover wrote: ↑
01 Oct 2017, 23:35
It's sort of odd that "Do Nothing 'Til You Hear From Me" is on a country music website because it was strictly a jazz number, one of Duke Ellington's compositions. Just goes to show that things can be found in the most unlikely places!

Thought the forum might be interested in what I learned about the "Do Nothing Till You Hear From Me" hosted on the Country Music Hall of Fame website (https://digi.countrymusichalloffame.org ... io/id/4138).

First, I have to qualify that I did further research on this song based on the academic research that I'm doing for an upcoming course I'm teaching. I thought I might learn something additional about Ms. Day and why she had a track listed on a country music site.

What I learned was interesting - but I don't think it will actually be useful for my academic research.

So what did I learn - with the help of the great archivists at the Country Music Hall of Fame:

1) The best quality version the CMHoF has is still terrible - the voice is more distinct than what you hear on the website but still has massive bumps and thumps and scratches that make the piece largely un-listenable for just personal song enjoyment. For research purposes the recording is still interesting because it's physical composition - a 78 rpm 6.5 inch metal-based acetate disc - gives strong clues about dating the recording. for example, these acetate discs (also known as lacquer) were primarily used from the 1930's-1950's - although there is some use as early as the 1920's and as late as the 1970's. And, 78 rpm recordings had largely given way to 33 1/3 or 45's by 1955 - although some 78's were recorded as late as the 1970's. But, you can make an informed guess - combined with the 1944 publication of the song - that this particular song was likely recorded sometime between the mid 1940's and early 1950's.

2) This dating accords with my, non-expert analysis of the sound of Ms. Day's voice at different periods of her life. Just like you can date photos by the hairstyles she was wearing at different times - you can date music by her sound. The sound of the voice on the slightly better - but still not good - original is very similar to Ms. Day's sound in the late 1940's and early 1950's. At this point - she'd been singing professionally for a decade - the arrangers had found the right key for her (not too high as many of earliest arrangements were) and she had come into her own sound (not in imitation of the style and sound of Billy Holiday and Ella Fitzgerald as some of her early 1940 recordings were).

So, what if - when Columbia decided to sign Ms. Day to a solo-recording contract in 1946 - they had her record a variety of songs as they tried to figure out how to market her? And one of those 6" 78 rpm acetate recordings eventually got passed to the Columbia Nashville, TN office and then eventually got donated to the Country Music Hall of Fame when somebody retired????

3) But, here's the most interesting thing about the original at the CMHoF - even though the website says "
doNothingTillYouHearFromMe_dorisDayPerformance" - the original file says "Do Nothing 'Til You Hear From Me - DINAH SHORE" (emphasis added). Wow - all that research just wasted because this is Dinah Shore and not Doris Day? After multiple listens - I don't think so. I think the recording is Doris Day for three primary reasons (a) vowel sounds, (b) vibrato, and (c) "pep." Dinah Shore's vowels had a lot of southern in them - by the last half of the 1940's Doris Day had very round, non-regional sounding vowels. Dinah Shore had a lot more obvious vibrato on sustained notes than Doris Day did Dinah Shore - even on fast songs - was laid back, almost dragging behind the rhythm. Doris Day sang upbeat songs with lots of pep and energy snapping on the beat.

Of course, my amateur analysis means nothing in a court of law or at an audio engineer's conference - but it would be fascinating to have an audio engineer take some samples of Dinah Shore singing in the 1945-1948 time period, compare those wave-forms to Doris Day singing in the same time period - then get the original from the CMHoF and make an expert judgment on whose voice is actually on the recording.

Final point, I cannot share the original recording because I only got to listen to it within the context of my academic research and had to sign all kinds of waivers (related to copyright protections) and proclamations that the actual recording would only be used in a fair-use manner in an academic/research setting.

Thank you Musiclover for this information on Do Nothing Til You Hear From Me.

As you stated, the song was released by Duke Ellington and His Famous Orchestra in @940.

What I found is that the song was recorded by Woody Herman and his orchestra on November 8 1943.

Other singers who performed the song were:

I couldn't find Doris Day listed. I have a record and 64 cd collection, many compilations of Doris Day songs. I will check them to see if the song appears on any of them.


I think we will hear of many Doris Day songs that were recorded and not released. With today's technology, they may be made pristine.

Thanks again for spotlighting Do Nothing Til You Hear From Me.
Johnny
Top

The air check recording of "Do Nothing Till You Hear From Me" is definitely sung by Doris Day. The sound of her voice dates it sometime in 1944-1945. The song is now listed in the Doris Day Definitive Discography. Thank you docwheels for posting your findings, and thank you for your contributions to The Doris Day Web Forum. Texas Gonzalo
Top

A while back I found anothger Victory Parade Of Spotlights Bands episode on a Transcription Record. Karl Pearson transferred and restored it for us to hear.

Didn't respond to your messages here... So sorry...

Docwheels: Great backside information on "Do Nothing 'Til You Hear From Me" It's always interesting to find out more. I still think it's Doris, but the sound is bad on the online version. But I think it's her way of singing. Would love to hear a better version, don't exactly understand why people keep 75 year old music into locked files. The people who remember Doris/Les or what other singer are now still around, but we will become a smaller group (won't think to much about that one) It's the same as "It's Magic" in the Academy vaults... What a shame to keep it from the public.

Johnny: Thank you for your contributions on: "Do Nothing 'Til You Hear From Me" The song must be populair back than, so many other versions.

Howard: I did like your Barbershop quarter group rendition of: "Ready, Willing and Able." I like that song, although it isn't one of Doris best (for me) Thank you for sharing.

Have a great weekend,

My wonderful friend Jerry Haendiges shared on facebook a preview show for the 1949-09-27 Bob Hope Show. It's an rehearsal show and very very rare. 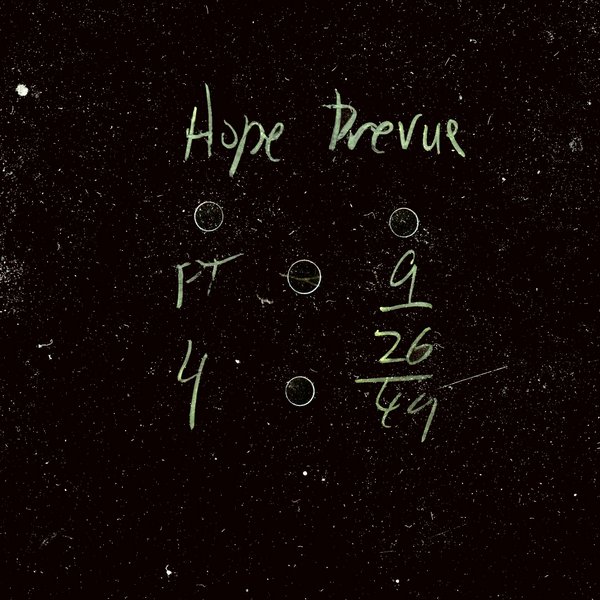 Thank you so much to you and your friend Jerry for providing this 1949 Bob Hope rehearsal show with Doris Day.

I truly enjoyed all 47 plus minutes. Doris does an extraordinary job singing You Go To My Head. Her duet with Bob singing Let's Go For An Old Fashioned Walk was so much fun.

The great surprise was Doris' comic timing in the skits she did with Bob. The chemistry was loud and clear. I loved her character name, Lady Saddlehorn.
Bob's character name was Bobendale Hoopenpoop...too funny for words.

I had not heard of Swan hand soap before.

This radio show is just as funny seventy years later.
It is a lasting treasure.

Thank you again. I so enjoyed it.
Johnny
Top

Thanks for sharing this link, Peter. I think Doris's rendition of "You Go to My Head," backed by just a pianist, is even better than the recording she made in January of 1949. If there was ever any doubt about her talent as a jazz vocalist, this live performance should have settled that question!
Top
Post Reply
226 posts

Return to “THE MUSIC OF DORIS DAY”