The Doris Day Web Forum - an unofficial forum for fans of Doris Day.
Forum rules
Treat others as you would like to be treated.
Locked
First unread post • 1971 posts

I LOVE this beautiful banner! You asked have i ever written anything-i have not. I write from my heart and when writing about Doris that seems to come so easy for me. You really cant help but write eloquently when writing about the most wonderful entertainer ever. You all make posting on the forum easy because of the conversation stimulating banners, pictures and information you all post here. Thank you for the beautiful compliment. I hope your trip to Carmel was fun and i hope you had an awesome Thanksgiving. Thank you so much!

Hi Tybear, I have to add my compliments along with Bryan's on your writings and nice comments on this forum, I think it must be that southern charm that comes through,

I think you said you were from Alabama, and so am I, a big "Roll Tide to you".
Yes thanks for asking about my trip to Carmel, I had an unforgettable trip with my family.
Although I didn't get in to see Doris, I spent a lovely afternoon with a lady that worked with Doris, and Doris is doing just fine, and she told me Doris still has a wonderful sense of humour and loves to be around people that make her laugh. She shared some funny stories with me and it made me feel even closer to Doris. I had made Doris a nice album, and 3 hats, and she promised she would make sure Doris got them. Carmel is a beautiful place and I can understand why Doris wanted to retire there.
PS. Just wanted to thank Ania and so many others for your nice comments also, and for Bryan for always giving each banner that special touch.
About me adding different backgrounds to some of Doris pictures, that is something I just like to do sometimes to give some of her old photos a different look to them. I will try and remember you don't like them for banners.
Top

More great work Barbara- on a beautiful pic of DD from Lover Come Back.
Top

Thanks, Barbara - it's not that I don't like them, it's just that the site is called The films of Doris Day so while there's a lot of room for manoeuvre, I want to try and keep a certain 'gravitas' on the banners - the banner above is a good example, a great shot of Doris and, as Jas, said, from the film Lover Come Back.

Having said that, there are times when some decoration is appropriate, Xmas, Easter, her birthday and special occasions.

Have always loved that photo of DD. It's from her "Lover Come Back" period, I believe.
Like Irene Dunne done.
Top

You are both so very kind! I love writing my thoughts about Doris. And what better place to do that than on this wonderful forum and sharing those thoughts with the people who love Doris more than anyone else in the world. I love remembering Doris and reading all the beautiful memories shared by the members. Barbara, im so glad you enjoyed your trip to Carmel but disappointed that you were unable to see Doris. I am thrilled to know that our beautiful Doris is doing so well. I am just so happy that i have the oppotunity to be a member on this forum. I love feeling connected to Doris fans everywhere . And, yes Barbara i am from Alabama. And may we have the good fortune to win the Iron Bowl on Saturday. ROLL TIDE!

I just want to add my appreciation for the beautiful Doris banners, Barbara and Bryan.

It always lifts my spirits to see a smiling, serene, and thoughtful Doris Day photo, each time I arrive at the Doris Day Forum. It is always a Day brightener.
Johnny
Top

While this banner is still up, a friend of mine who is a hugh DD fan, sent me this picture and wanted to know if I could insert Doris picture in it somewhere, so I used the current banner picture, thought it worked out pretty cute. Kind of think it worked out as a kind of a theme song for Doris all through her life. I've been reading about The Man Who Knew Too Much, which I think is a very good film and Doris is excellent in it but, for some reason, it's not seen as one of Hitchcock's acknowledged greats.
Or do you think it is? One of Edith Head's costume sketches for the film.

Amazing banners !!!! and the last one, she did a great job, acting perfect as also, still enjoy that movie.
Top

Very interesting Hitchcock website, Bryan. He had so many great films, but I do think TMWKTM is one of his best. Just top-notch acting from everyone in it.

Love this banner, too. It's an example of what Helen Mirren calls Doris's "wonderfully expressive face."
Top 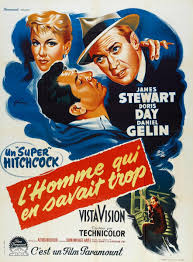 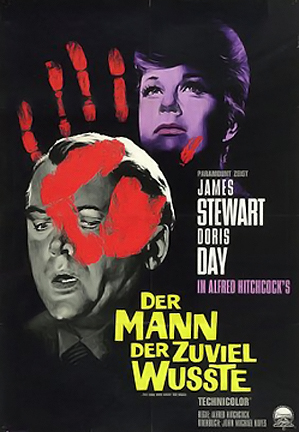 Thanks, Ania, like the right banner, hadn't seen that before.

Judy, I didn't know Helen Mirren has said that - how cool! I did a search and found a few other things she said:


The best actors are children and dogs because they're not acting at all; they're simply a life force.
"Judy Garland had that. She didn't mess around with technique. She went straight into the heart. It was all very unpsychological. Like Anna Magnani. One of my great heroines, who was so naked and just so bare."

"Doris Day was different," she continued. "She had extraordinary subtlety and was transparent as well. Unfortunately, she had horrible material and those dreadful clothes and horrible hair, always. But there was this wonderfully expressive and subtle face. I'd love to see her come back and do something really good."


Mirren, who was born Ilynea Lydia Mironoff to an English mother and a Russian father, was "lit by a fire at quite an early age, 13 or 14, in terms of acting. The spark that lit me was not film or television; it was my mother taking me to the theater. Specifically, Shakespeare. I wanted to be a great Shakespearean actress. In school, I loved doing Shakespeare. It was more exciting to me than Doris Day movies....incidentally, Doris Day is a greatly underestimated actress."

Doris Day classic featured in British film remake of “Brighton Rock” starring Dame Helen Mirren:
Amongst the turmoil of the time, the story does manage to feature a rather beautiful musical interlude during a ballroom sequence that contains the entire recording of Doris Day’s “I’ll Never Stop Loving You” (Percy Faith version).

As Hitchcock's wife Alma Reville in Hitchcock, about the making of Psycho:
Hitch describes the plot to her, to which she replies:
"Charming. Doris Day should do it as a musical."

Love this banner Bryan, and especially all the information you posted about this film and some of the other Hitchcock films. This is a picture I haven't seen before until I came across it the other day.
Doris evidently enjoyed working with Brenda de Banzie in this picture also. Thanks for the other Mirren quotes, Bryan. I can't agree with her about DD's clothes and hair, but she did give her some nice compliments aside from that.
Top

You have to consider that Doris was contractually obligated and compliant when she appeared in those WB period musicals in less than flattering costumes and hairstyles, assuming those are the outfits Mirren is referencing. Her contemporary outfits in the early to mid 60s comedies were spot-on for the times, even if they were intentionally exaggerated to suit the fantasy world those films depicted. When you've got matinee idols like Cary Grant and Rock Hudson chasing you around the desk, you have to look the part of an irresistible object.

Regardless, Mirren knows a good actress when she sees one and she is correct in stating that Doris was underrated.

Like the picture of Doris and Brenda De Banzie, Barbara - she was a fine actress in many British films. Looks like they got on well, she's looking at Doris with great affection and Doris is showing her sad face at the parting.

Good points, Michael, but I thought Helen Mirren might be referring to the Day-Hudson films?

Of course, not all hats are practical. Take Doris Day for instance. She wore some of the most ridiculous hats in her movies. In real life, they would have induced laughter but on her they just worked. I can’t imagine any of her hats had any benefit other than making a statement. The furry green one probably kept her head warm. I wouldn’t wear any of these because I couldn’t be lucky enough to pull them off, but they sure are fun.
http://lovelyshadesofnostalgia.com/2011 ... notch-tam/

I like her simpler hat style below, but I agree with the comment above that a lot of the extravagant ones were fun. Maybe but Mirren makes a good point about those hats - Doris was a force on screen and she had the larger than life, movie star persona to pull those looks off. Less forceful actresses would have looked ridiculous in them. And Doris always wore the clothes - they never wore her. Rock didn't refer to Doris as Miss Adamant of 1959 without good reason.

Hats would make a topic on its own!

I was looking for what I thought was one of her more interesting hats - but it looks like it was superimposed on her image!: 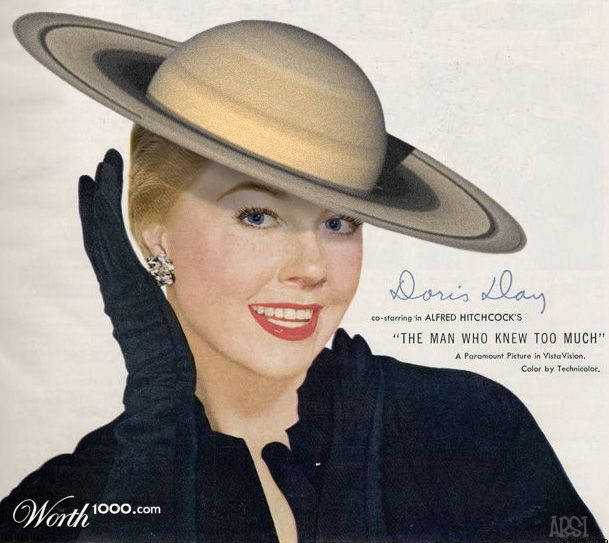 You must admit she looks very different there than in The Man Who Knew Too Much!
Follow Remembering Doris Day: https://twitter.com/DayRemembering
Top
Locked
1971 posts

Return to “TALKING ABOUT DORIS DAY”

Users browsing this forum: No registered users and 5 guests